T2D and CVD risk in PCOS

Women with PCOS have increased global risk of T2D and CVD based on risk factors of increased body weight and altered blood glucose and fat metabolism. Cardiometabolic complications in PCOS are a major public health concern as these women have a 4-fold and 2-fold greater risk of transitioning to develop T2D and premature CVD, respectively. Meta-analyses have shown post-menopausal women with PCOS have double the risk of end-stage, non-fatal or fatal cardiovascular ischemic events and this is often associated with the co-morbidity of T2D. Large population studies provide evidence of increased mortality in individuals with premature onset of T2D, and this is primarily associated with ischemic-CVD events. Population studies have also shown the mean age of onset of T2D in PCOS is approximately 5-10 years younger (20-30 years of age) compared to the general population. Furthermore, 1 in 5 women with PCOS develop T2D before the age of 40. Our preliminary research in collaboration with AbSPORU shows women aged 18-45 years have a 3-fold higher incidence of obesity and T2D in PCOS compared to aged matched controls. The significance of the increased prevalence and potential earlier age of onset in T2D is that T2D is known to exacerbate premature CVD risk in women with PCOS. In addition, adolescents and women with PCOS have lifelong co-morbidities that impact their daily lives and also their mental health. At present we need to validate and quantify the health outcomes of women with PCOS compared to those without PCOS in the Alberta health care system. This evidence will help us to develop a framework to develop guidelines to improve health outcomes  in women with PCOS.

What is the incidence of T2D and CVD and associated cardiometabolic risk factors in women with and without PCOS in Alberta?

What are the major health outcomes of morbidity and mortality in women with PCOS compared to those without PCOS in Alberta? 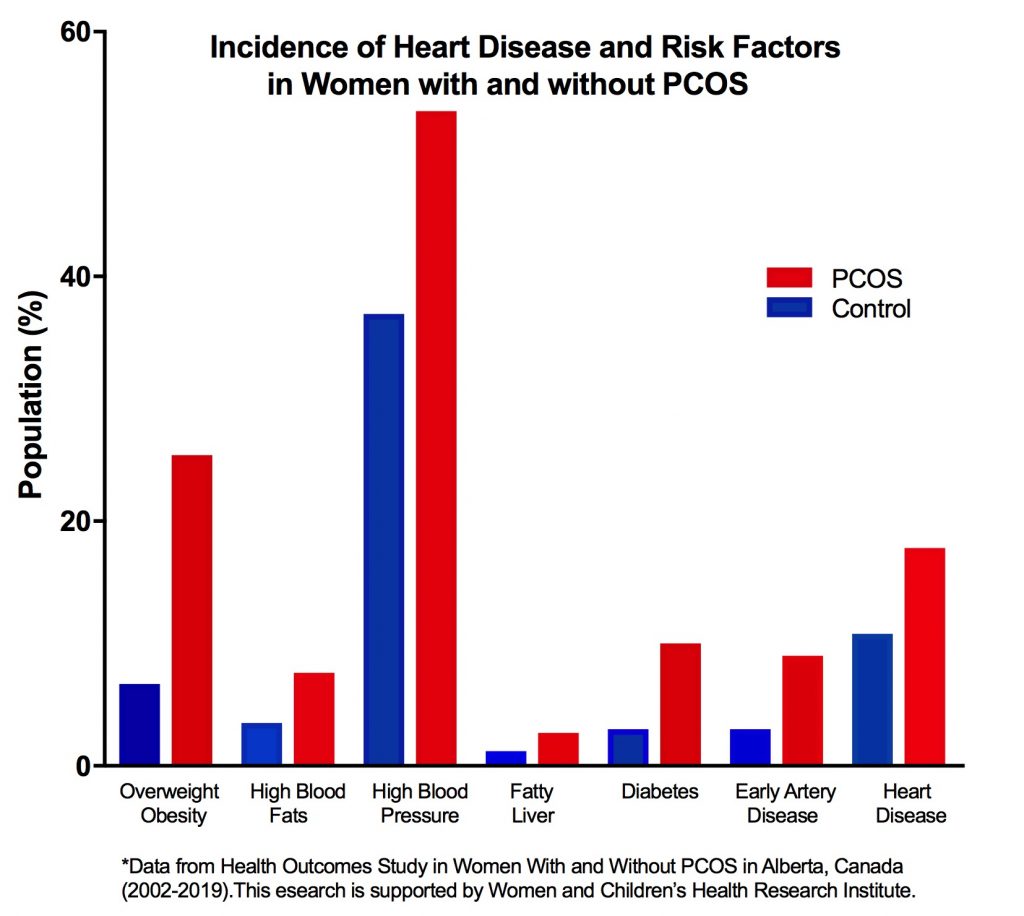 A big thank you to everyone who has already taken the time to be involved in this study!

We are no longer recruiting for this study.